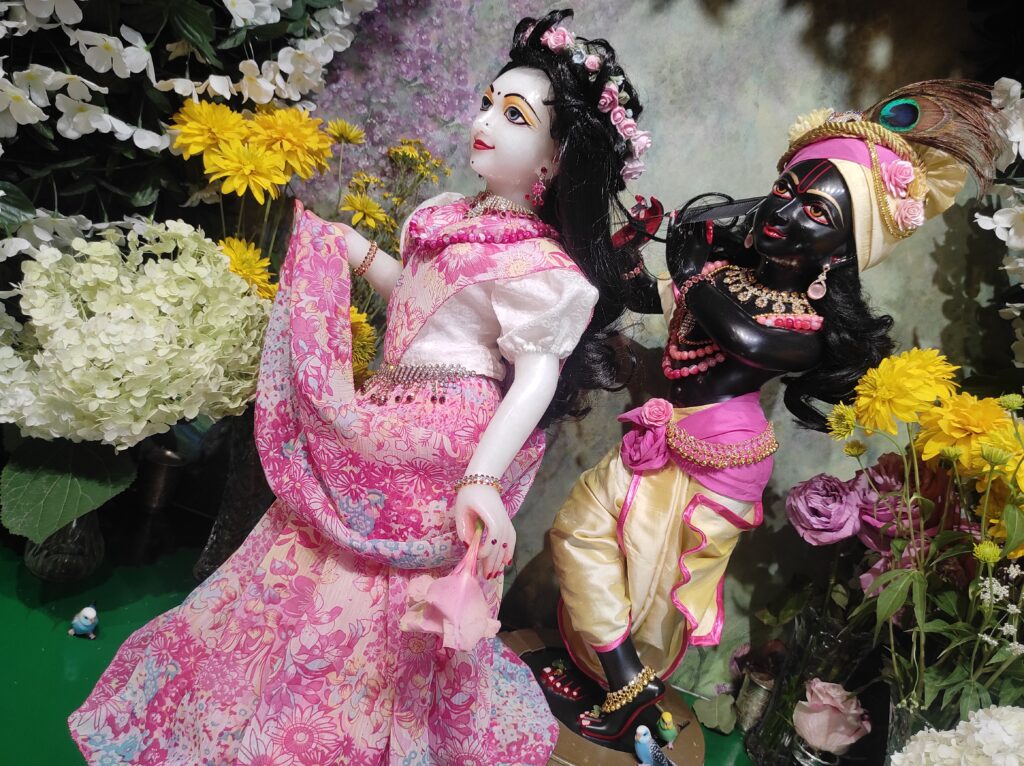 10.30.33
kesa-prasadhanam tv atra
kaminyah kamina krtam
tani cudayata kantam
upavistam iha dhruvam
Translation
Certainly Krsna sat down here with His girlfriend to arrange Her hair. The lusty boy must have made a crown for that lusty girl out of the flowers He had collected.
Purport BBT
The acaryas explain that Sri Krsna wanted to decorate Radharani’s hair with the forest flowers He had collected. Therefore They sat down together facing the same direction, with Radharani between Krsna’s knees, and Krsna proceeded to arrange Her hair with flowers and make a flower crown for Her, coronating Her as the goddess of the forest. Thus the romantic young boy and girl played and joked together in Vrndavana.

Sridhara Svami
They speak upon seeing a sign that she sat between Krsna’s knees.
“Evidently, having Her in mind (kantam = kantam adhikrtya), He sat while tying the flowers into an imitation of a chaplet

Sanatana Gosvami
He did Her hair with His fingers, or with a comb that He had placed on His head for that purpose. The point of arranging Her hair is implied: kaminyah kamina (of the lusty girl by the lusty boy).
This means it was for the sake of the good fun of being in lust.

Visvanatha Cakravarti
Radha’s rivals again speak, upon seeing a sign that she sat between Krsna’s knees. It’s understood that He arranged Her hair with a comb provided by the presiding goddess of the forest.
“The girl is lusty: She is not in love, because she cheated her friends and went to a secluded place by taking that libertine with
her. The youth is lusty: He is not in love, because He doesn’t care about the pain that we lovey-dovey girls feel in separation from Him.”

“Certainly, sitting here was done by Him who was making the ladylove endowed with a wreath by means of the flowers,” or by means of Her braids in order to reveal His manliness in a humorous way. 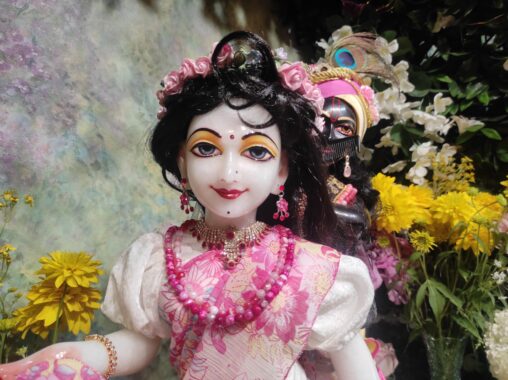 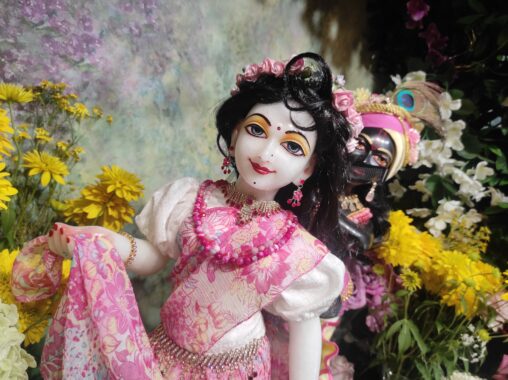 Dedicated to His Divine Grace A.C. Bhaktivedanda Swami Prabhupada and everyone who serve them daily.